The Emperor of America will be premiering in London at Blackheath Conservatoire and at the Camden People’s Theatre, for the Camden Fringe Festival 2014. 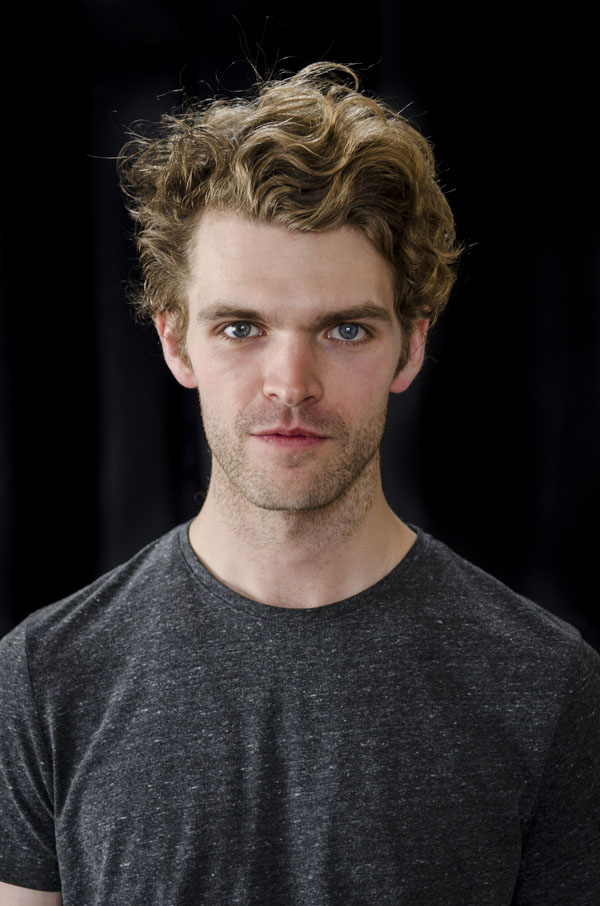 Simon Gleave is an actor and writer of theatre recently graduated from Ecole Internationale de Theatre Jacques Lecoq. He continues to search his clown in absurd, tragic and melodramatic spaces, and move deeper into the vocal space of gesture and mimed movement dynamic he began in Toronto and has continued through Paris. He is thrilled and flattered to be invited into the dustbowl Empire of Breadknives' San Francisco. 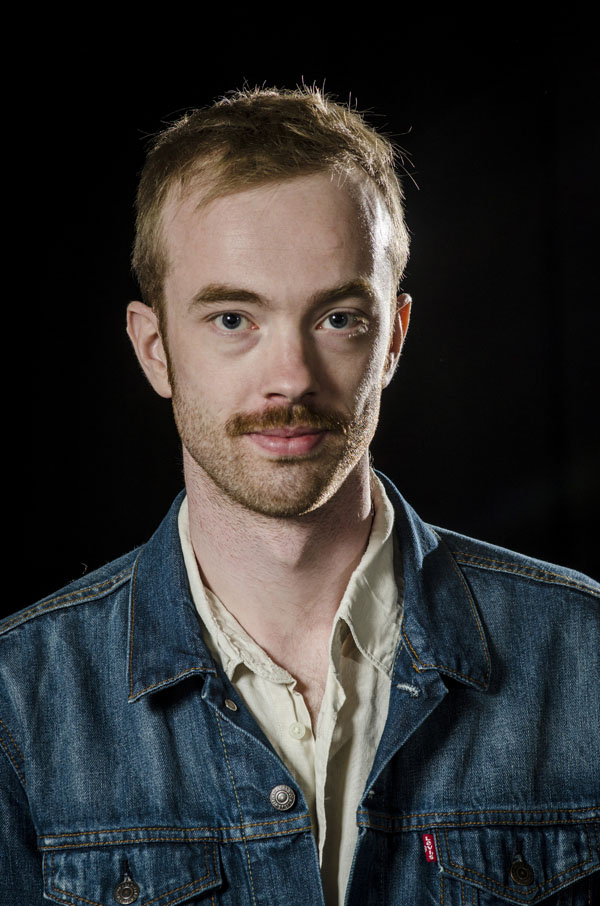 Guillaume Maison is a French actor from Amiens, now based in Paris. He is a graduate of Cours Florent, Paris (2010) and Ecole Jacques Lecoq (Cours Professionel 2013). He has studied in acting and physical theatre under Jerome Dupleix, Christian Croser, Gretel Delattre, Jos Houben and Georges Becot. His previous works include Samuel Beckett’s Endgame (directed by Julien Barthelemy), The Playboy of the Western World (directed by Edouard Pagant), Moliere’s Amphitryon, and a self-devised work, Prologue. Guillaume has also taken part in various projects directed by Anna Dewaele, most recently a reading of Calvino’s Invisible Cities presented in Paris and Nantes. His most recent performance work was at the theatre Sylvia Monfford under the direction of Catherine Hubeau. 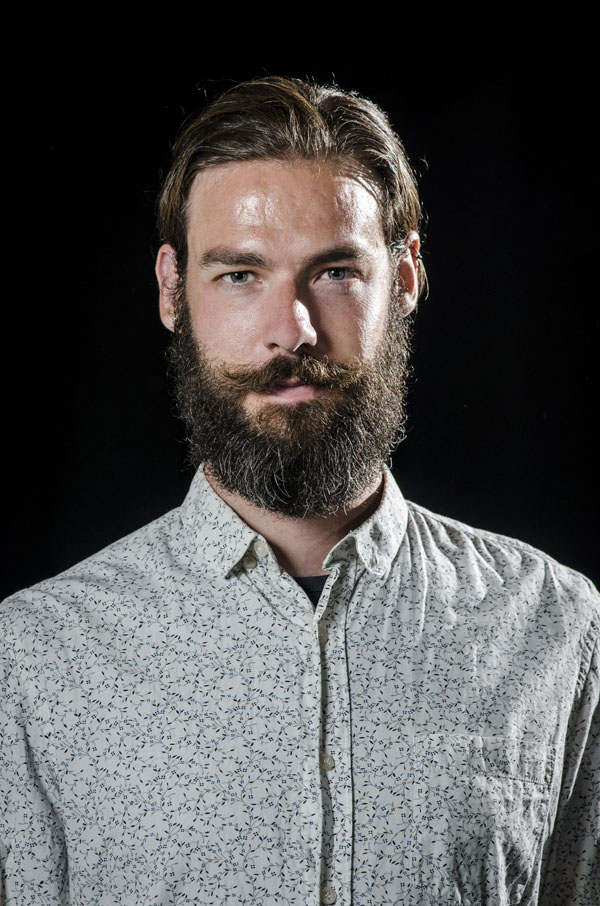 As a freelance actor, Christopher has worked with companies all over Ireland, performing at the Dublin Fringe Festival, Electric Picnic, The Theatremachine Turns You On, 10 Days in Dublin, Dublin Electronic Arts Festival and Limerick Unfringed.

As artistic director of Bare Witness Theatre, he has developed work in ensembles, and as a solo performer, with a commitment to an ethos of the actor’s creativity at the heart of theatre. He has at different times acted, directed, written, and produced, in productions ranging from lunchtime comedies, to Butoh-inspired adaptations of classical texts. Recent work with Bare Witness has included Too Much of Nothing (Bewley’s Cafe Theatre), In Touch (Project Arts Centre), Paradise Lost (Pearse Centre), and the acclaimed one-man show, Diceman (Bewley’s Cafe Theatre). 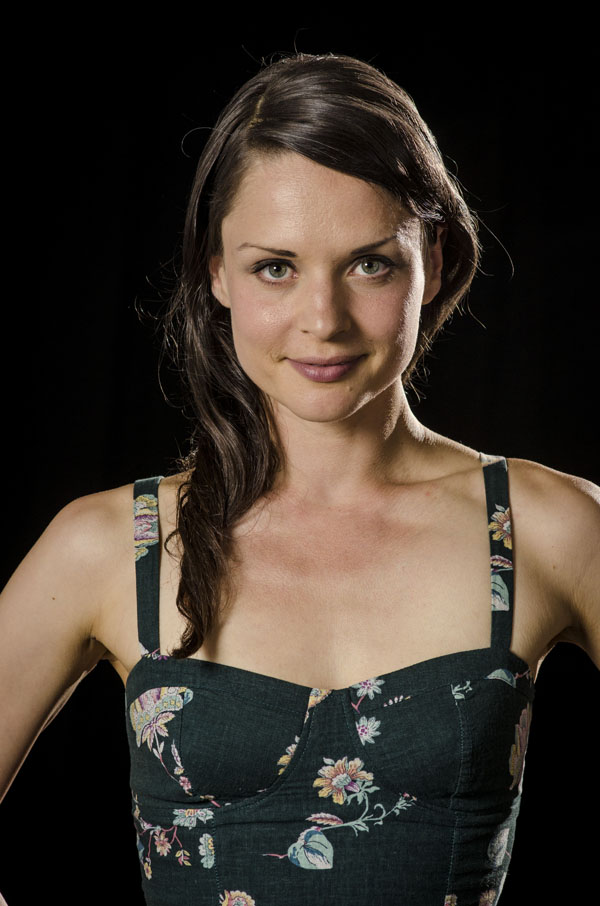 Hanna Cormick is an Australian actress and art creator working in the fields of Theatre, Cinema and Interdisciplinary Art, and living in Paris.
She is a graduate of Ecole Jacques Lecoq (Cours Professionnel, Paris, France), Charles Sturt University's Acting for the Screen and Stage degree (Distinction and Honours Class 1), and NIDA's Young Actors Studio. She has also undergone significant training in workshops with experimental theatre practitioners such as Peter Brook, the Grotowski Center and the Balerung Dance Company. She has performed in over one hundred productions in Australia, Asia and Europe, in major cities, remote rural areas, theatres, schools, abandoned spaces, and everywhere in between.

She is a JUMP Mentee, for which she undertook a mentorship in Bali, Indonesia, with master mask maker and dancer Ida Bagus Anom in 2011. She continued her mask practice in Paris, gaining an apprenticeship with Commedia master mask maker Stefano Perocco di Meduna over 2012-2013.

Hanna is a founding member of the acclaimed Interdisciplinary Arts group Last Man To Die, with prominent emerging Australian artists Benjamin Forster and Charles Martin. Last Man To Die has developed innovative and experimental works that have toured nationally, been programmed in various festivals and seasons, as well as receiving critical acclaim, including a shortlisting for the ArtsHub award for Innovation in the Arts. Their work has been supported by the Australia Council for the Arts (Theatre Board), artsACT, the Government Department for Innovation, Industry, Science and Research, National Science Week, Canberra Youth Theatre, PACT Centre for Emerging Artists and have performed at the Blue Room, La Mama, the Street Theatre, the Brisbane Festival's Under the Radar, This is Not Art Newcastle, the ANU School of Music. Major works with Last Man To Die include The Cognition Trilogy, Vital LMTD and Vital LMTD Revitalised, The Last Man To Die, The Last Man To Die: installed, and Transcendence.

Hanna is an accomplished physical performer, having trained in numerous styles of traditional and experimental dance forms, from jazz to tango, Butō to Balinese Legong. She is one half of the daring and devilish dance duo, Les Douleurs Exquises, with Apollo Garcia, who explore modern cabaret and acrobatic performance styles combined with the traditional Parisian Danse Apache, and can be found frightening and exciting audiences on the streets and in the underground swing clubs of Paris. 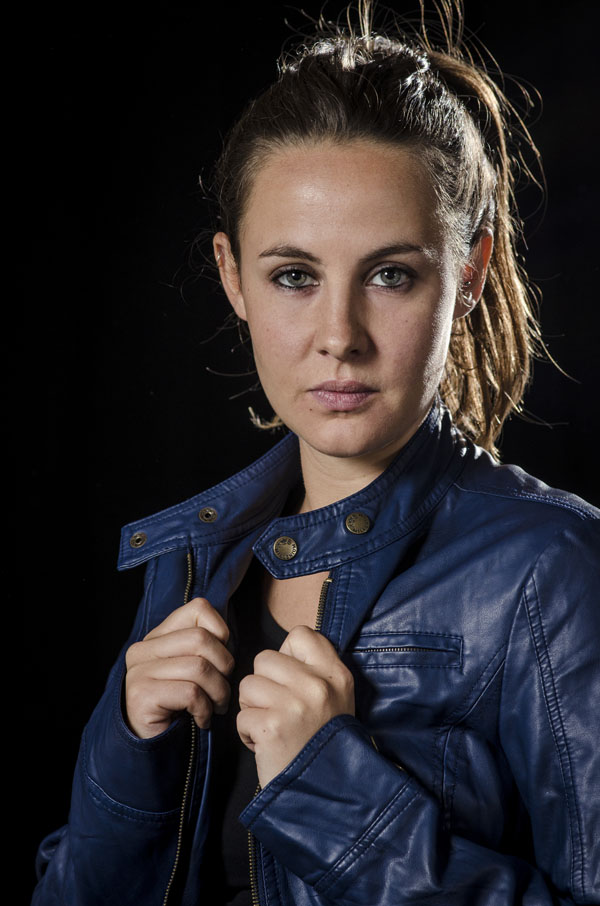 Justine Arden is a physical theatre creator based in Paris. She is a graduate of Ecole Jacques Lecoq, Paris (Cours Professionel 2013), and the School of Oriental and African Studies University of London (History degree). She has directed numerous plays at various London fringe festivals including Marat/Sade by Peter Weiss, Jean Genet’s The Maids, and Ionesco’s Bald Prima Donna and The Lesson. Her artistic practice is strongly influenced by her passion for history and politics, including new works in humanitarian based social circus. With a formation in classical dance, she now trains in acrobatics at the Cirque Electrique, Paris. Justine is a founding member of Breadknives. 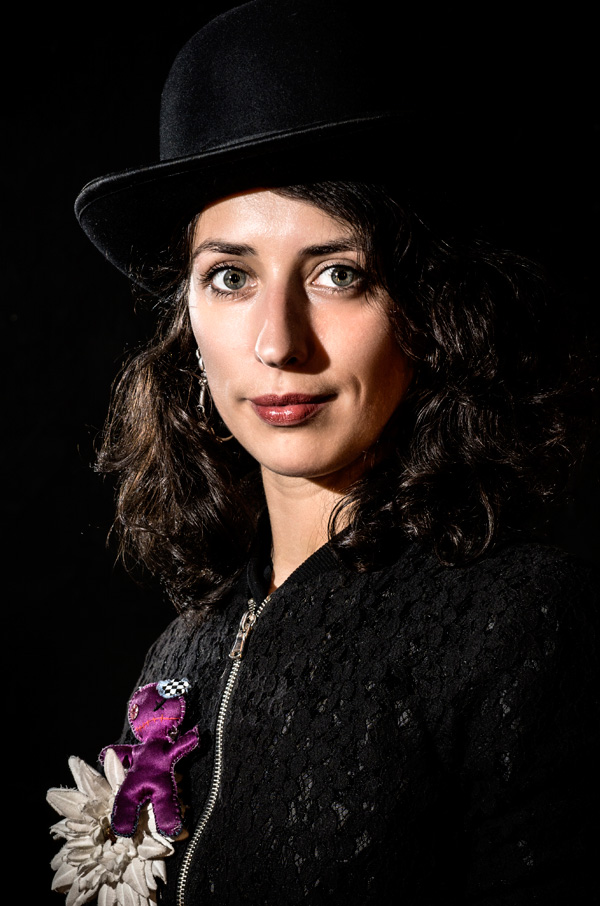 Heloise Fournier is a French costumiere based in Paris. She is designer in residence with the Bouffon Theatre and is renowned for her detailed work on historical reproductions of clothing and costume. She designs and creates for theatre, circus, cabaret, photoshoots and events. 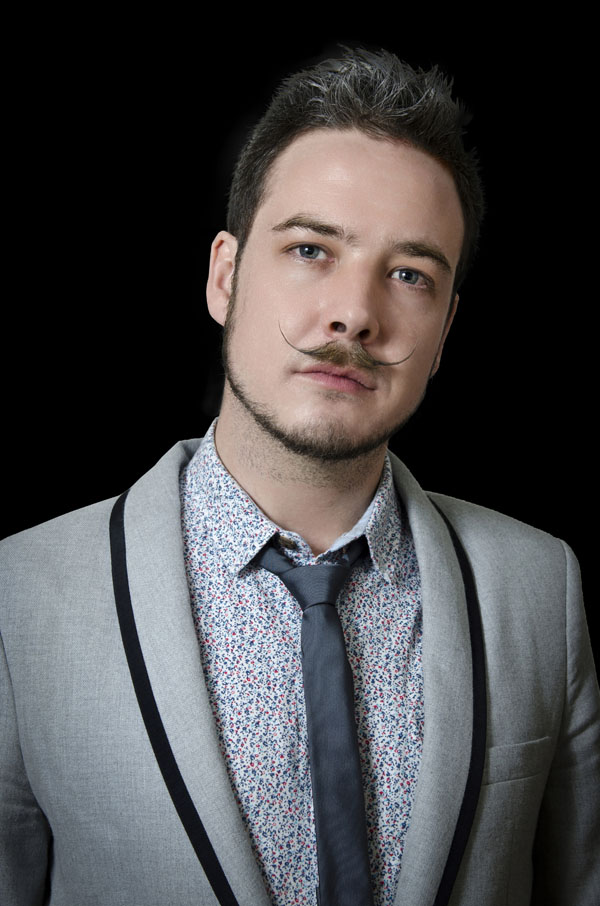 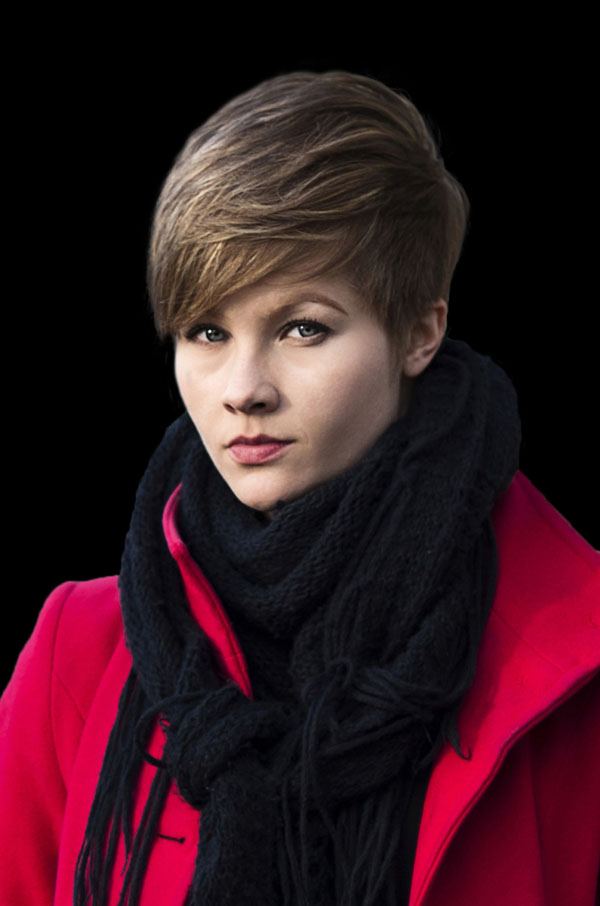 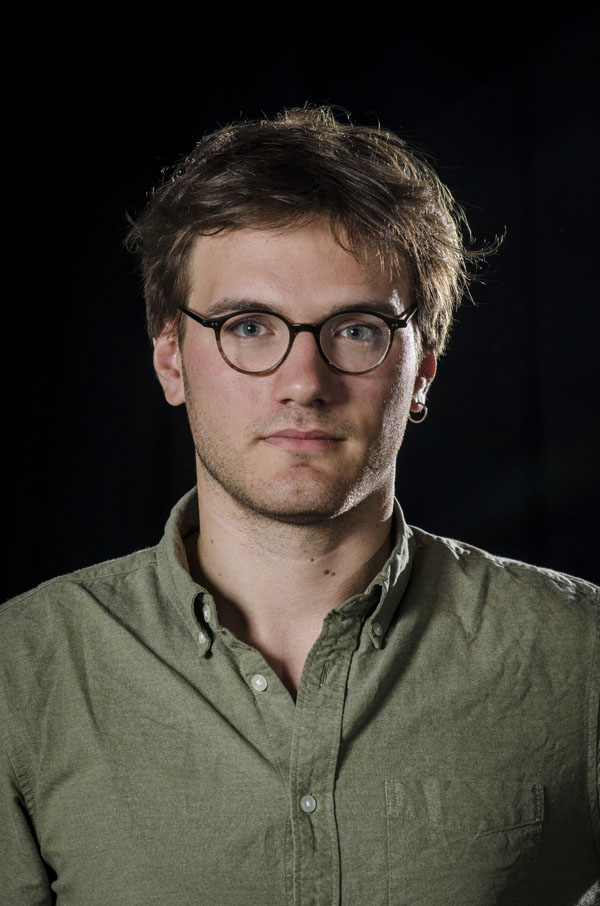 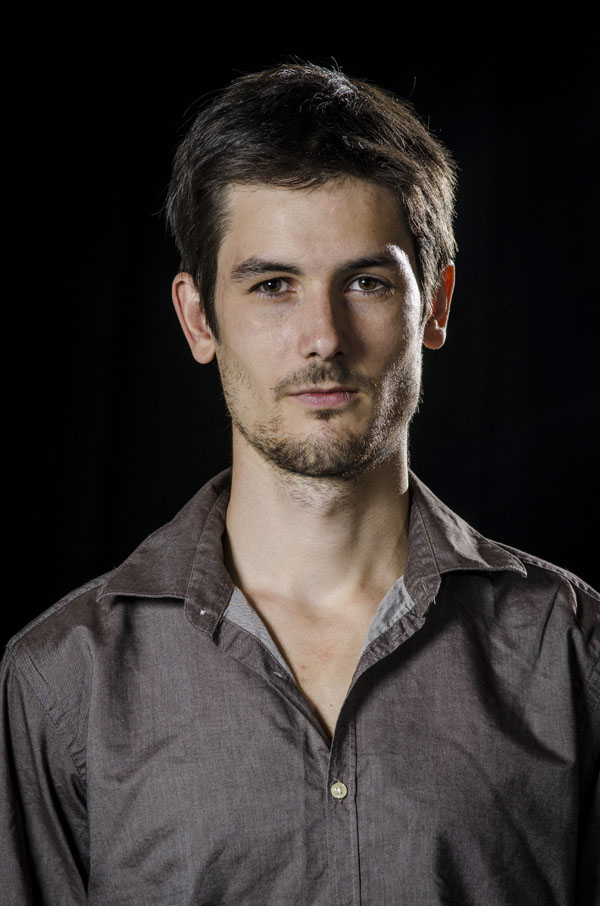 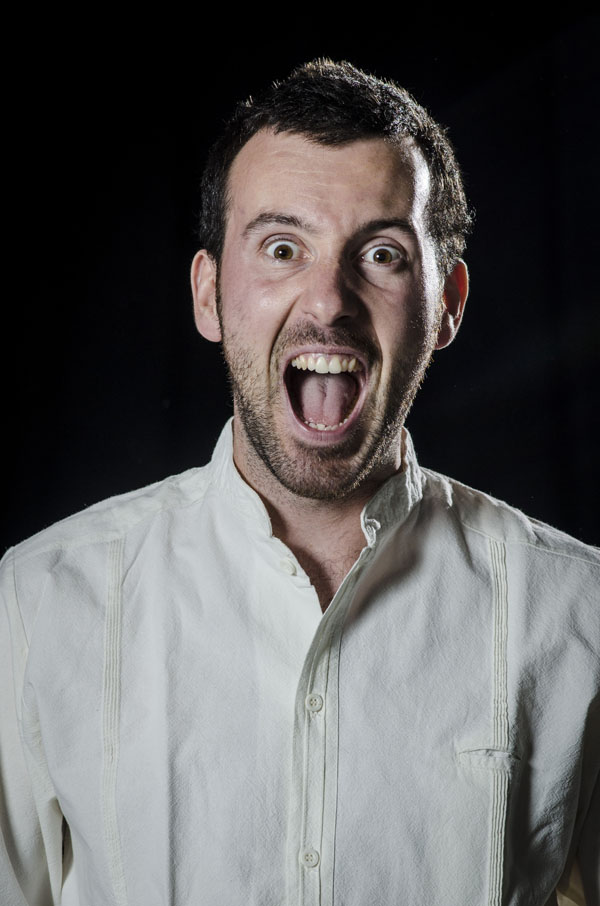 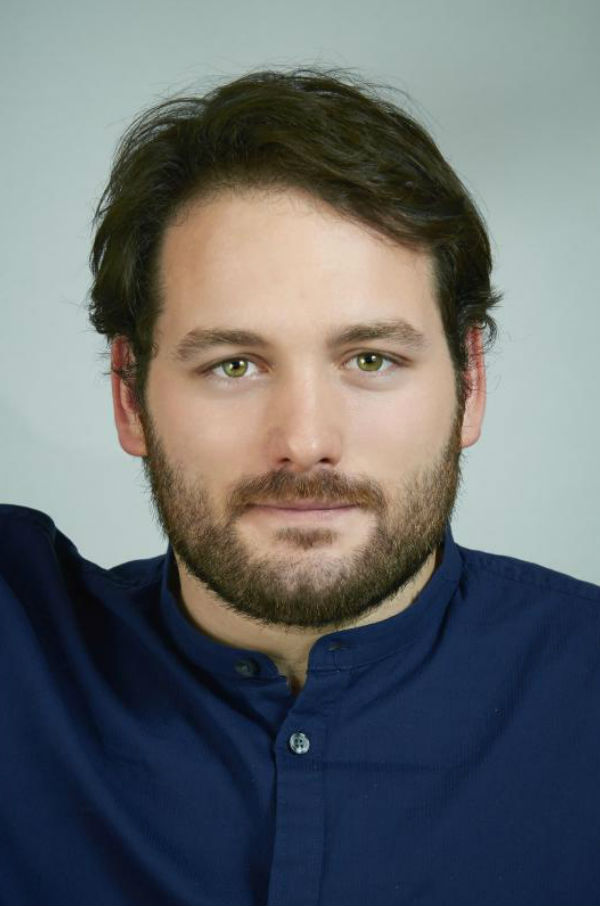 At the young age of eight Jeanbaptiste is already fascinated by the performing arts. He first starts learning at the theatre de La Lucarne in his hometown, and makes his first apparition on stage at the age of fourteen in a classic by Goldoni. He later explores works of contemporary playwrights under the direction of Analia Perego.

During his drama studies he also teaches guitar lessons in various music schools. As a musician he taps into different styles from metal to jazz, as well as exploring gypsy and Indian melodies.

He also leads theatre workshops in various social centres around Paris, and in 2012 he graduates from the international physical theatre school Jacques Lecoq. Since then he has been writing a one-man show which has been performed in October 2012 and which is currently being re written. Focusing on clowning, burlesque and the art of laughter he continues teaching and directing different clown troupes in Paris.

Since 2013 he has been parading the various streets of France with Opposito’s latest show Kori Kori. From the smaller towns of Metz to the large boulevards of Paris he is seen dancing and singing in the various festivals organised by these towns, bringing performances to the streets for anyone to enjoy.

Laughter, space and rhythm provide the basis for Jeanbaptiste’s creative research, bringing forth his passion for the various performing arts of theatre and music.